( Note: As the cycle continues, some images may be outdated! )
(Warning: PBE Content is tentative and iterative - what you see may not reflect what eventually gets pushed to live servers! Manage your expectations accordingly. )

Following his champion reveal, Aurelion Sol debuted for testing during the 6.6 PBE cycle! 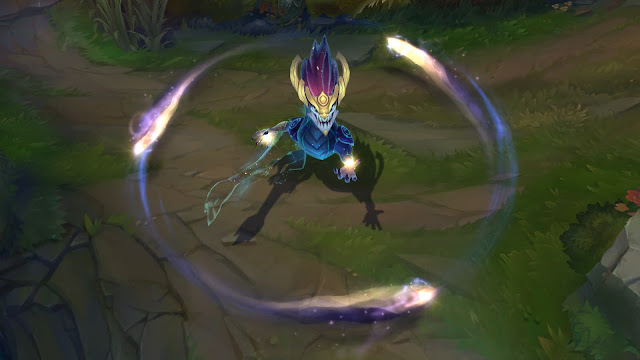 While Aurelion Sol tests on the PBE, be sure to report bugs here. 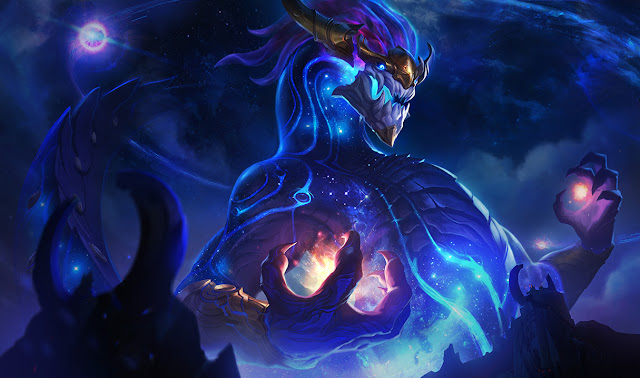 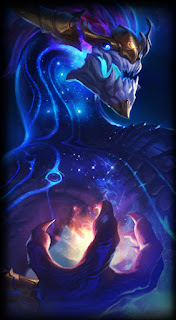 Center of the Universe (Passive):

Enemy effects that prevent the casting of spells will also disable these Stars."

Toggle: Aurelion Sol's Stars orbit at his Outer Limit and deal 150% damage, for a total of X magic damage." 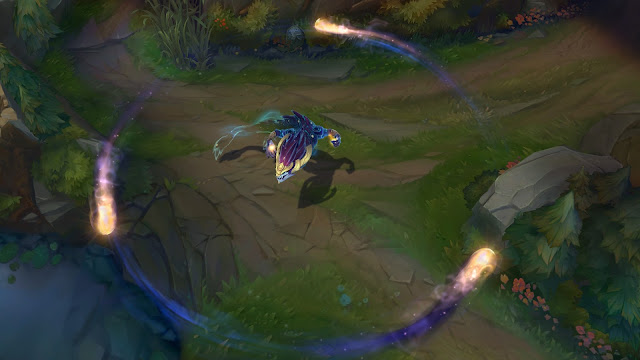 Taking champion or turret damage will force a landing."

The blast will also knock nearby enemies back to Aurelion Sol's Outer Limit."

Here's Aurelion Sol's voiceover, clocking in at just over 30 minutes, including all sorts of champion and item special interactions!

And here is his champion select quote:

"Aurelion Sol once graced the vast emptiness of the cosmos with celestial wonders of his own devising. Now, he is forced to wield his awesome power at the behest of a space-faring empire that tricked him into servitude. Desiring a return to his star-forging ways, Aurelion Sol will drag the very stars from the sky, if he must, in order to regain his freedom."

The longer introduction and story for Aurelion Sol can be found on the Mount Targon page! 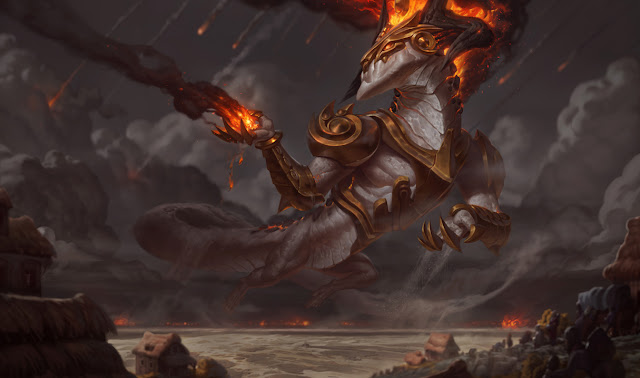 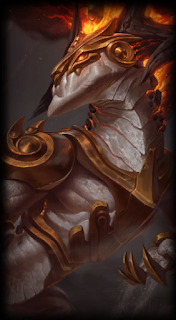 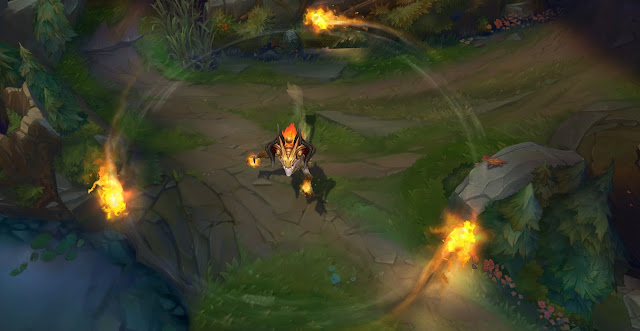 "Aurelion Sol is now re-imagined as the deity of fire and the ash it leaves in its wake. Ashen Lord Aurelion Sol is not your typical "fire dragon," as he is more aligned with lava and the destructive nature of volcanos!

As a little tidbit, the concept artist drew a lot of design references from India and incorporated it into the style of this skin!

As players who get the first look at this in-progress skin, it would be wonderful to hear your thoughts and feelings on the new Ashen Lord skin! The feedback and bugs you leave here will help us get a better idea of things we may still have to take a look at. :]

See you on the Rift!"

With April right around the corner, we have a goofy batch of new skins for Draven, Maokai, Tahm Kench, and Vel'Koz! 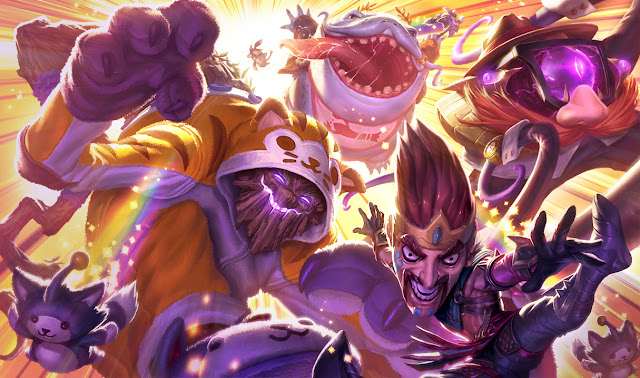 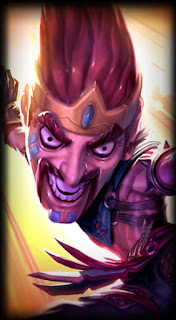 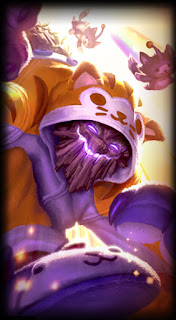 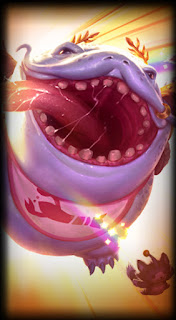 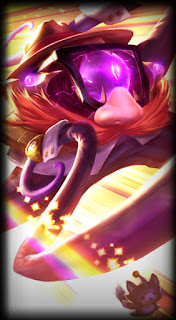 Here's Galetta with a Bugs & Feedback Thread for Meowkai:

Meow! Meow! Meowkai is here with his collection of magical cats!

Meowkai includes:
This skin will be 1350RP! (PBE pricing subject to change)

Your feedback and bug reports are extremely helpful to us, so please check out Meowkai and let us know what you think! Feel free to drop any bugs you find in this thread as well!

Here's Galetta with a Bugs & Feedback Thread on Urf Kench and Definitely Not Vel'Koz:

"A manatee and a businessman walk onto the Rift....

Urf Kench and......Definitely Not Vel'Koz, he's not even remotely close to Vel'koz.

These skins include:
These skins will be 750RP each! (PBE pricing subject to change)

Your feedback and bug reports are extremely helpful to us, so please check out Urf Kench and Definitely Not Vel'Koz and let us know what you think! Feel free to drop any bugs you find in this thread as well!

See you on the Rift!"


Last up is the big headed and mysterious Draven Draven, who does not have a context thread or price yet!
Draven Draven
??

Definitely Not A Ward

To go along with the new skins and the Draven minions, we also have a batch of six new summoner icons!

Along with the large headed Draven Draven skin above, there are also assets for a set of Draven themed minions on the PBE - each with their own very large Draven head! 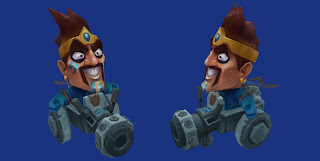 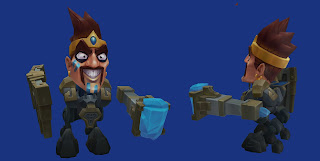 Curiously, Taric's Hammer has been added to the red side shop keepers barrel. Outrageous! With a large scope Taric update due later this year, why could it mean??? 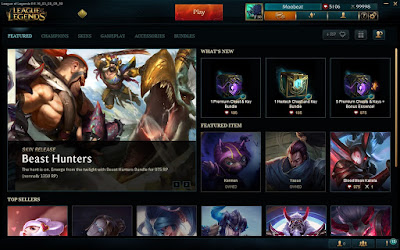 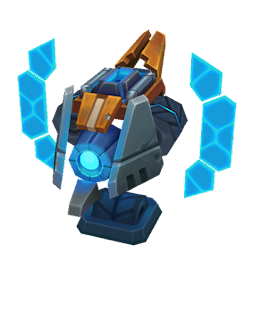 * Remember *: The PBE is a testing grounds for new, tentative, and sometimes radical changes. The changes you see below may be lacking context or other accompanying changes that didn't make it in - don't freak out! These are not official notes. 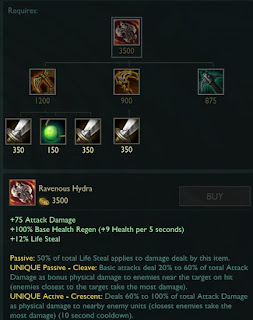 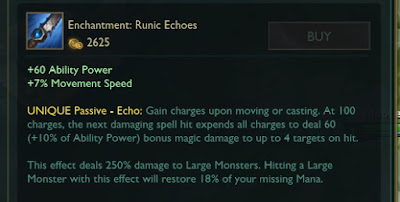 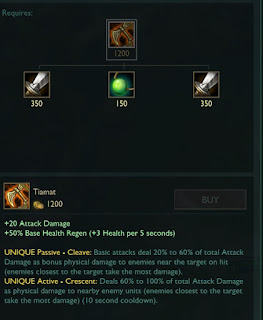 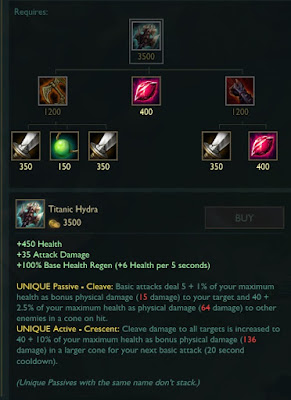 Below are few features that have been testing on the PBE for multiple cycles! Unfortunately we do not currently have release date estimates!

[NOTE: Some of the screen shots below might be slightly out dated!]

[NOTE: Latest release timing was going to select regions in 6.7!]

A visual update for the in client shop is now up on the PBE! 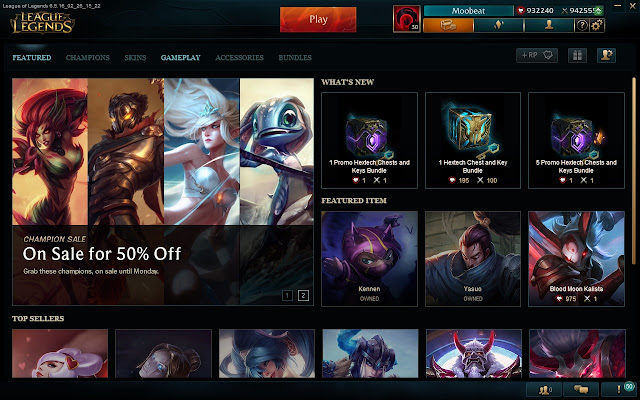 Before we take a closer look, here's DontHassleDaHoff with more information from the PBE boards:

We're making some visual changes to the store and wanted to give you a heads up before everything goes live. We made the whole package visually match the client, Champ Select, and Hextech Crafting, which means a few buttons and bars got moved. Most notably, you’ll see that the navigation bar has moved from its old spot on the left side of the store to the top (see below). 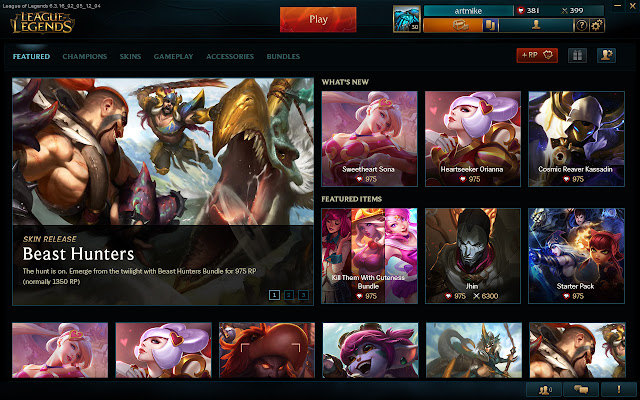 Other changes include:
We hope you dig it. Let us know what you think. Thanks!"


Here's a small gallery of the visual updated shop, including the new purchase & confirmation screen! Note that Chroma packs are now available under skins rather than only in bundles.

[NOTE: For those who might not be acquainted with the PBE shop, all content is typically priced at 1 IP for testing purposes. Additionally, some art or assets such as splashes may be missing!]

Emails invites for the LCU pre-alpha PBE tech test are going out and the new client is available for testing if your PBE account has been approved!

Here is a brief look at the new client, although be aware for this test most features are not implemented or not enabled yet - really all you can do is chat and queue up for Howling Abyss as the other tabs and pages are disabled. 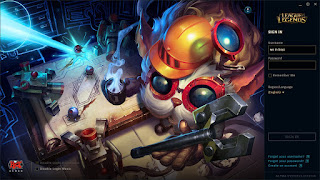 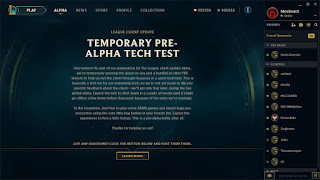 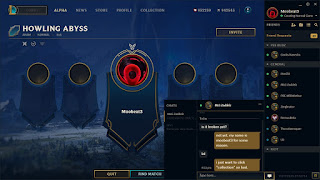 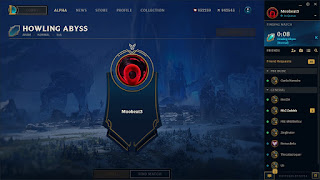 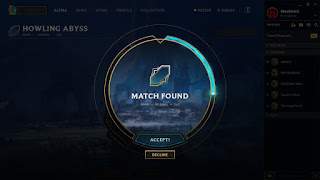 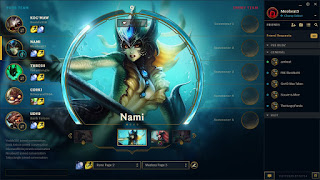